Examples and server integrations for generating the Swagger API Specification, which enables easy access to your REST API

Javadocs for annotations with the current release are available online.

The goal of Swagger™ is to define a standard, language-agnostic interface to REST APIs which allows both humans and computers to discover and understand the capabilities of the service without access to source code, documentation, or through network traffic inspection. When properly defined via Swagger, a consumer can understand and interact with the remote service with a minimal amount of implementation logic. Similar to what interfaces have done for lower-level programming, Swagger removes the guesswork in calling the service.

Swagger-core is the Java implementation of Swagger. Current version supports JAX-RS and plain servlets. Integration with the Play! framework has been moved to Swagger-Play.

Check out Swagger-Spec for additional information about the Swagger project, including additional libraries with support for SpringMVC, other languages and more. 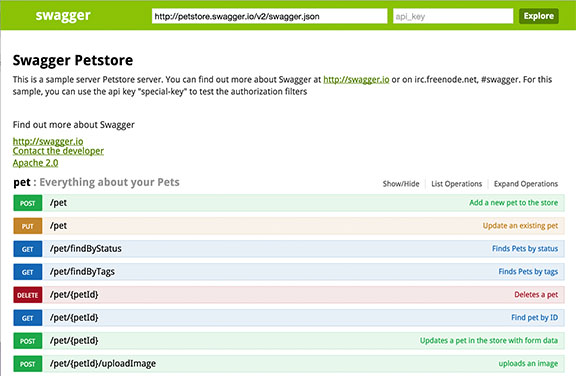 The following methods are available to obtain support for Swagger:

Get started with Swagger!

Where is Scala support?

To allow independent development, scala support has been moved into a separate project. See the swagger-scala-module for details. Play! framework support has moved to swagger-play.

This is a project to build the swagger-core library, which is required for the Swagger implementation of the OpenAPI Spec.

If you're interested in the change history of swagger and the swagger-core framework, see here.

To build from source (currently 1.5.19-SNAPSHOT)

This will build the modules.

Of course if you don't want to build locally you can grab artifacts from maven central:

The samples have moved to a new repository and contain various integrations and configurations.

There are another 57 contributors