Do what you want, exactly how you want it.

AckCord is a Scala Discord, using Akka. AckCord's focus is on letting choose the level of abstraction you want. Want to work with the raw events from the gateway? Sure. Maybe you don't want to bother with any of the underlying implementation and technicalities. Works for that too. Only interested in the REST requests, then pull in that module and ignore the rest. AckCord is fast, reactive, modular, and clean, focusing on letting you write good code.

While AckCord is still in active development, you can try AckCord by adding some of these to your build.sbt file. 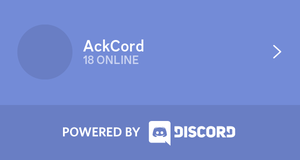