Reactive Circuit Breaker is a library that maintains the state of an upstream resource's health through usage of upstream services rather than using a 'health check' call. Each 'connector' to an upstream service will need to mix in the UsingCircuitBreaker trait and configure its behaviour through implementing all abstract members of the trait. Every function/method that needs circuit breaker protection then wraps the actual function call (that returns a Future) with the withCircuitBreaker method that's available through the mixin.

An upstream service, in the context of the circuit breaker, can be in a number of finite states:

The transition between the states is based on the variables supplied to the circuit breaker for a upstream service. 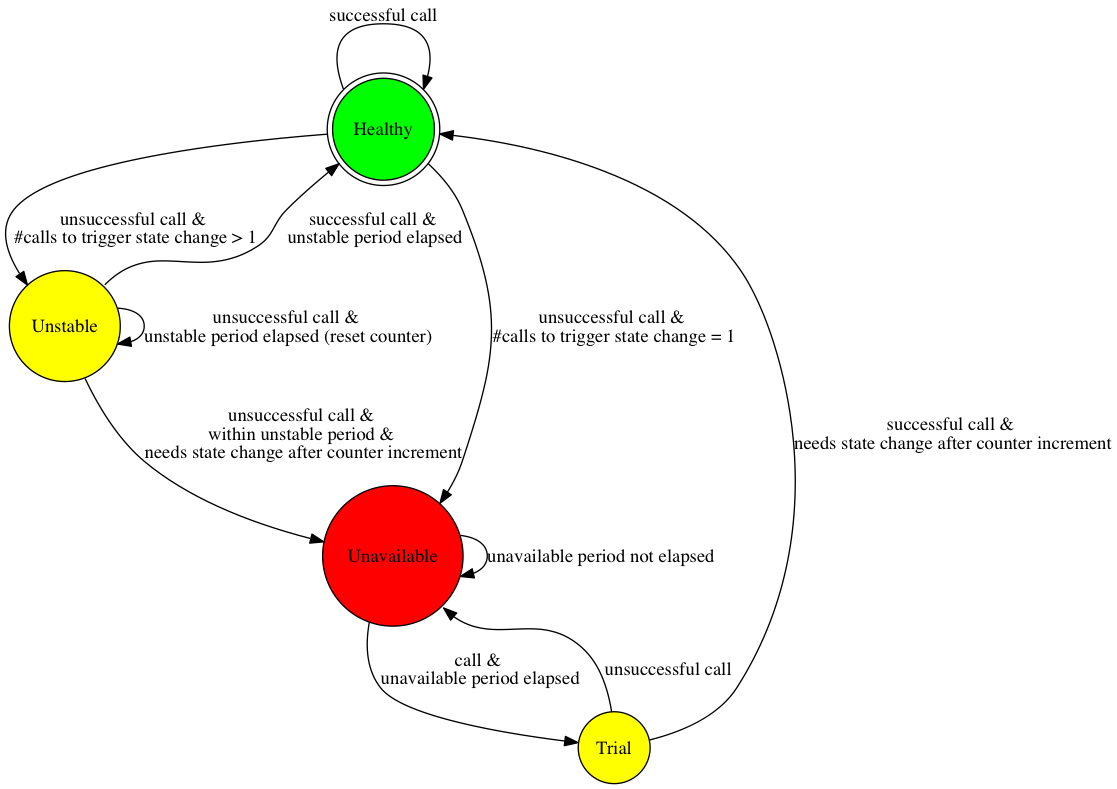 For configuration details see the scaladoc of this mixin.

This code is open source software licensed under the Apache 2.0 License.